The pandemic has been terribly hard on everyone in every walk of life. We all have limited energy to work with. We all care about not only our friends but our neighbors too, and family who might be LGBTQ+ and want what is best for them.

They have become the primary target for republican conservatives and their fascist-like legislation since 2017’s failed bathroom bills. Now more than ever they need the support of their allies. With the harshness of life, the pandemic, and how busy all of us are, where does one even begin?

This article will get the concerned ally caught up on the anti-trans and anti-queer legislation, the overall movement against us happening on the Right, and what can be done to help.

Already know the gist? Let’s jump to the Calls to Action right away!

THE WHY & THE HOW

Why Are They Doing This? The Anti-LGBTQ Bills of 2022 Explained including everything from “Fairness in women’s sports,” anti-healthcare, mandated reporter, parents’ rights in education, bathroom bills, and “religious freedom”

Now before going into the play-by-play chronologically, I am going to drop a couple worthwhile links for anyone who is still wondering what any of this stuff means for kids in their community…

What are Puberty Blockers? I’m going to lay it out flat for you here because this topic gets caught up with fearmongering the most. Be CAREFUL of believing baseless lies about this type of treatment that is normal and has been extensively researched and tested.

Puberty blockers are a medicine that make it possible to hold off your own puberty and buy the time needed for transgender youth to socially transition more and decide what kind of puberty they WANT to go through when the time comes for that, whether they decide to go the HRT route or not, typically around 16~18 years of age.

You can find more about the studies as EARLY AS 1988 that have paid off in numerous ways and done nothing but benefit those who took part in the study long ago. Puberty blockers are NOT new. Conservatives fear people having bodily autonomy, so the fear of puberty blockers is the same fear they have of the right to abortion. Both are intrinsically tied together for this reason.

What is “gender affirming care” and what does that look like?

Do transgender children have procedures more advanced than puberty blockers?

^This is about the false myth of surgeries happening and being forced upon children, like when you hear conservatives claim “chemical castration of the genitals” is happening – this is false and you can read why here. Do not believe wild claims without doing research first. Please read the linked document in your own time if you need details.

How does this effect the mental health of trans youth?

2022 FOR TRANS AND QUEER PEOPLE OVERALL

Mar 3rd – White House Condemns Greg Abbott’s Directive and Investigations, Making a “strong statement” and putting them on “notice” and this was the first time the Biden administration made any motions in response to the anti-transgender bills that have been moving and being signed to law since 2021 (two anti-trans sports bills passed at the end of 2021’s 3rd special session) – there is a reported lawsuit to follow between Biden administration and Texas.

Mar 10th – An Overall Look At Every State’s Anti-Trans (And Don’t Say Gay) Bills, Some Having Moved Forward, Noted Below. This is a dated article but I felt it was worth sharing still because most of these have been signed or are moving in legislation still.

Mar 28th – DeSantis signs the “Don’t Say Gay” bill into effect, barring teachers from discussing sexuality or gender in their classrooms. He has slandered the community as “groomers” who “indoctrinate” children. Be wary of this language that has become a problem and is destroying lives of LGBTQ teachers and parents and anyone on baseless lies made up to slander our community.

April 20th – Florida issues a Department of Health set of guidelines to medically de-transition all trans teens and disallow social transition for any trans youth.

Multiple other states are advancing their own anti-trans bills as we speak, including sports bans, medical bans, and more. Check out Trans Bill Tracker on Twitter to find out the good and bad happening legislatively, updated as they happen.

This horrendous year is not even more than four months in, and this is the violence we receive simply for existing as trans, nonbinary, and queer folks. This is undeserved, horrid, and in no way the “right side of history” to be a part of. I condemn these legislative attacks wish for the end of this and the end of conservatism.

How can we do something to help?…

Go to TRANSTEXAS.CARRD.CO for more info and scripts to call / e-mail the correct people if you are a Texan.

It is key to prioritize giving funds direct to trans folks either in your community or in communities being harmed and chased out of their states right now. Or those who are trapped in their states and preparing for the worst too!

Only give to the big organizations below if you have extra after prioritizing a trans person direct first.

I also highly recommend finding ways to do fundraisers FOR the follow orgs! I work with Hachiko my friend on his stream team for fundraising for Equality Texas on Twitch.tv. You can join The Hachikrew on Tiltify to aid in our overall goals for multiple LGBTQ+ orgs, we welcome anyone passionate enough to do this! You got a stream? You got a platform. Use it wisely and help out!

[Guide on Writing Your Own Testimony]

And that is basically it for this article! Keep in mind the support you give is well received, and you are on the right side of history in helping transgender youth and their families, along with transgender adults who need support too as these laws are only the beginning of total bans on trans existence.

Please take your position in the fight for what is right, choosing something that *works* for you and your time constraints. Remember, we all have a place in the fight for equality. The time is now to be the social justice warrior you always dreamed of being. Please do what’s right with your power. You are able to make more change than you might think.

“Do your little bit of good where you are; it’s those little bits of good put together that overwhelm the world.”

… p.s.: This article’s timeline will be updated if anything else pressing happens between 4/21/22 and 4/30/22 and will only cover Feb – April overall. If more things happen beyond April there will be tweets about it on my Twitter as I RT voices in the trans community reporting on the matter as it happens. I will do another round-up take action article every 2~3 months as we move through the years of the fight for trans rights. Thank you for reading and for protecting and fighting for trans youth and adults in your life. We need you now more than ever and we are grateful for you and your passion. 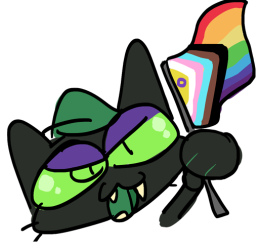